How Do Schools Help Kids Understand and Recover from Cell Phone Addiction?

Education Undone: What Will You Put on Your “Un-Do” List?

Hey Educators, Here Are Some Twitter Chats You Can’t Afford to Miss!

This January, our high school’s monthly Start with Hello topic focuses on cell phone etiquette and abuse. When we were informed of the topic earlier this month, a friend  asked if we had heard about Vermont’s legislation proposal to ban cell phone ownership for individuals under the age of 21. Of course, my teacher ears perked up and I immediately thought to myself, I get the idea behind that, knowing all the while that legislation like this would never pass. Forget the argument behind the obvious violation of rights this proposed law presents, there is not a single chance that the tech giants, nor phone-addicted Americans are ever going to let something like this happen.

As teachers, though, we see the direct effects of cell phone use on students day after day. More and more American children are becoming plagued by cell phone addiction while the adults in charge seem to do little or nothing to help them understand or recover from this very serious problem.

The idea of banning cell phone ownership until the age of 21 has been called “far reaching” by those opposed to this piece of legislation. According to a report from CNN, Vermont Senator John Rodgers (D), who proposed this bill, asserts that if young people under 21 can’t smoke cigarettes, drink alcohol, or own guns, they shouldn’t be able to own cell phones, which he says are just as dangerous as these things. His proposal references a number of negative activities associated with cell phone use including texting and driving; bullying; suicide; mass shootings; and the radicalization of terrorists and hate group extremists.

Rodgers tells CNN that he isn’t actually pushing for the bill to pass, but instead, he is trying to make the point that cell phones can be a dangerous possession for minors and those who are “not developmentally mature enough” to safely own one.

While Senator Rodgers is facing much criticism for his proposal, I feel his  point is well worth taking when we consider the impacts cell phone use can have on our children. The consequences are as real, and sometimes as life-threatening, as any other type of addiction.

What Exactly Is the Problem, Anyway?

Proof of youth cell phone addiction isn’t just apparent from the moans I get when I ask my young people to park their cell phones in the pocket organizer hanging on my wall as they enter the room. If you ask them, students will admit the mere presence of their phone is a distraction and that they have both a physical and a psychological need to possess their phones. Now, you and I both know they don’t need their phones anymore than I need a box of Godiva chocolates; however, when I see that shiny, gold box, my stomach ties itself in knots. I have to have it. It’s the same for kids and phones. There’s a terror that sets in when students are asked to part with their phones, even for a little bit.

My students argue that they can’t concentrate if they don’t physically possess the technology they feel is tied to their identities and that they see as their lifeline to the rest of the world. The media and society have even dubbed these feelings with such names as “‘FOMO’ (Fear Of Missing Out) – the fear of being without a cell phone, disconnected or off the Internet, ‘Textaphrenia’ and ‘Ringxiety’ – the false sensation of having received a text message or call that leads to constantly checking the device,’” (Gutiérrez, Fonseca, and Rubio,  2016). While these terms can be applied to adults as well as young people who are addicted to their phones, the impact of cell phone abuse on young people can lead to long-lasting and dire consequences.

So, What Are the Consequences?

According to Addictions and Recovery, addiction has two basic qualities:

Proof there is an epidemic is clear. Just walk down any hall in most schools during pass time and you’ll see nothing but the tops of heads as students stare downward, scrolling anxiously, searching for what they missed out on in the 49 minutes time they were away from their devices.

While it is both annoying and saddening to see our students glued to their phones, missing out on the fantastic, living world around them, the negative behaviors associated with cell phone use are the most disturbing facet of this troubling situation.

Both in school and out, many young people have fallen victim to the effects of allowing their phones to impact their decision-making. Across communities, large and small, parents, law enforcement, teachers and administrators have witnessed a wide variety of negative cell-phone related behaviors such as

Despite the frequency of these serious, sometimes life and death situations, cell phone use continues, often unchecked, without much more than the administration of discipline when it is deemed necessary. There is seldom discussion of counseling, follow-up, or ongoing support when it comes to dealing with the negative consequences of cell phone abuse.

And if this isn’t enough, students who suffer from cell phone addiction are taking a huge hit academically. Ask any teacher and they will agree that cell-phone addiction has caused some students to suffer greatly in terms of their learning. For example,

This is further proof that cell phones are not only affecting students’ personal lives–present and future–cell phones are also impeding their ability to learn and to become productive, contributing members of society.

Simply put, if we want to help kids overcome this addiction, we have to do  more than we are doing right now.

In attempts to improve the situation, more and more schools are moving to “phone free” environments and are integrating cell phone use protocols into Positive Behavioral Interventions and Supports (PBIS) programs within school. These actions are definitely helpful; however, on their own, they are not enough. There is more that must be done to help students and their caregivers recognize the signs of cell-phone addiction and to find ways to fight it. This can easily be done with the formation of school and community partnerships and by integrating the concept of healthy and productive cell-phone use into the curriculum at all levels.

After we accept the reality that there really is an epidemic when it comes to kids abusing and overusing cell phones, we then have to recognize that schools cannot bear the sole responsibility of treating this problem simply because we care for students eight hours of the day. Like other forms of addiction, this, too, is going to require an intervention that involves not just school personnel, but families, friends, and other professionals who understand the problem and who have our children’s best interest at heart. Schools can take the lead on this, though. They can form community partnerships that come together to develop programs to help parents understand cell phone addiction and how to get their children, and maybe even themselves, the help they need. For instance,

When those of us around students recognize there is a problem, yet do nothing about it, we have become enablers. In order to help our children–our future members of society–to navigate the complex world of technology, we have to be willing to stand up and do something, even if it pains us a little or a lot. If we really care about our kids, it’s what we have to do.

The next step in combating cell phone addiction is to make the concept of healthy cell phone use a fluid part of the school curriculum, not just one separate program. Teachers, counselors, and administrators, need to be focused on this each day. Our students need to learn to be able to have technology with them and not be constantly distracted by it. Students do have a right to own technology and to have access to the knowledge and information it provides them; however, we cannot allow them access to such a powerful tool and not show them how to effectively use it.

Implementation of cell phone skills into the curriculum doesn’t have to be complex. Simple changes could include the addition of a mandatory short-term class that students must complete within each grade band (K-5, 6-8, 7-12, etc.), or it could be a system of  integrated components within the existing curriculum that must be covered over the course of a student’s education. The curriculum can be as deep or diverse as a district deems necessary, but should include components such as

And last, but certainly not least,

While it may be a challenge for some schools to make healthy cell phone use a permanent part of the curriculum due to costs, there are free programs that do make it easy for schools–or individual teachers–take tackle this problem head on. The organization Away for the Day provides a plethora of research and resources that will help anyone interested to support this cause. Their award-winning film Screenagers dives headfirst into the problems associated with students overusing technology and is a perfect launchpoint for schools who want to tackle this issue head on.

If We Do Nothing…

Though Senator Rodgers’ legislation may seem extreme to some, he is absolutely correct in this thinking. As a result of unchecked cell phone use, we have created a very serious, potentially life-threatening epidemic for our students. If we don’t do something, who knows what their–and our–future may look like. Just read M.T. Andrew’s thought-provoking, dystopian novel Feed, for a possible glimpse.

And, as this disturbing cartoon shows, it seems as if we may have already reached the tipping point.

I look forward to hearing your thoughts, comments, and feedback below.

Don’t forget to sign up for updates below so you don’t miss anything new from Root to Canopy! 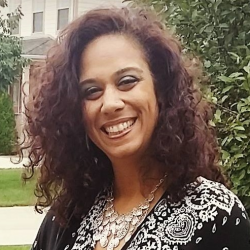 I am a Secondary English Educator in SW Ohio & Associate Professor at Wright State University in the Graduate Teaching Program. I enjoy writing and presenting about all things education.